OFF THE WALL QUILT - PURVEYORS OF QUILTING ODDITIES

Your cart is currently empty.

In 2022, Off the Wall Quilt purchased the rights to Less Than Traditional, by Charlie from Charlie's daughter and son in law, Raylene and Ron Salazar.

It is our goal to continue to honor Charlie's methods even as we expand and update these delightful tools.  Charlie passed away in 2021 but she left an astonishing collection of quilts and memories Raylene has shared with us. 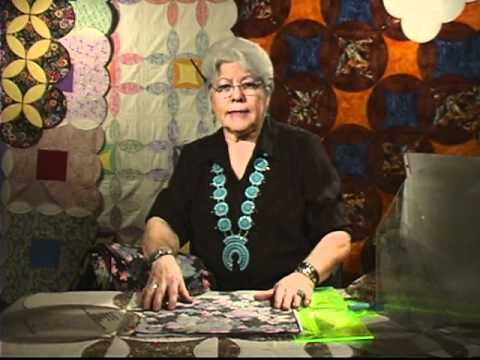 Quilters Haven founder Charlene Bement or "Charlie" as she likes to be called, is basically a self-taught quilter. Born in Las Cruces, New Mexico, she’s been quilting off and on since she was 12 years old.

In the early 80's she was getting frustrated with not being able to find the "calico" fabrics and notions she needed so she decided to open a shop!(you older quilters will remember that calico was all you would dare put in a quilt!)

As she made plans for the shop but began purchasing product and storing it at her house. She was determined that when the doors opened all the product would be paid for to give her time for the customers to find her. It was everywhere!!! Stacked in every corner and every spare inch of her house. In order to be able to get more fabric for her money she purchased fabrics in flat fold from the fabric district in Los Angeles and manually rolled it on to bolts. To make sure there would be variety some bolts only contained 5 or 6 yards. Just to give you an idea how things have changed, the most expensive fabric she had was $3.99 a yard!

She wanted to be a “one stop shop” so she made sure she had all the notions available which filled a space about 3 feet by 4 feet! Remember this was the 80's so a couple of rulers, along with a few marking pencils and dull pins were about all there was.

Next, quilt books. She carried all that were available consisting of about 12 books. Most written by her dear friend, Blanche Young, and another great author, Maggie Malone. Blanche went on to write numerous books over the years and was instrumental in bringing quilting to the masses. Blanche's books are still available however, Maggie Malone books are now out of print. Maggie’s books are still great if you can get your hands on any of them!

She looked all over for a location and settled for a small shop about 800 square feet on the corner of 19th street and Carnelian in Alta Loma, CA and in November 1983 it was ready.

Opening day was a little anti-climactic with only one customer all day spending $4.00 but she wasn’t discouraged. Little by little people found her. Before long she was adding products, staff and lots of great classes. At this point she also began designing patterns, and that is when the idea she had developed in the 70’s was finally coming to life! This is when “Less Than Traditional” officially began to take off.

She later moved to another location, a bit larger. Customers may remember the bird shop next door with the parrot that sang Jesus Loves Me all day long! It wasn't long until she out grew that location and moved to Rancho Cucamonga on Foothill Blvd, and soon after to downtown Upland to a fabulous 5,000 square foot location. In 1994, she added a small second location in San Jacinto, CA making her a "chain"!

So now she has 2 stores, a successful pattern company, a retail and wholesale mail-order business, teaching all over the country and doing shows everywhere, so what’s next you ask? In December of 1994 she announced she was closing the shops!

For a long time she had been disappointed that the things she loved the most, teaching and designing took a back burner to the long hours required running two shops. She felt the time had come for her to do what she really wanted so the Upland location was closed in a couple weeks and the Hemet shop in July 1995 when the lease was up.

It was the best decision she ever made! Of course, she misses the customers but not the long days and nights. She often says she got tired of working 24 hours a day 9 days a week, so she closed the shops and cut back to 8 days!

About 15 years ago she moved the business to her home of Las Cruces, NM where she was able to have a large studio with plenty of room for designing and manufacturing. Over the last couple of years she began cutting back on the travel in order to focus on adding designs to Less Than Traditional.

After helping for a number of years, In 2017 Ron and Raylene purchased Quilters Haven and Less Than Traditional from Charlie moving all operations from California and New Mexico to Arizona. In summer of 2020 they moved Charlie to AZ with them to care for her until her passing. Now, in order to downsize and prepare for their own retirement in a couple years, they have passed Charlie’s amazing Less Than Traditional products along to Off the Wall Quilt.

Our Newsletter Brings You Fun!